...is a psychiatric diagnosis that describes a condition in which a person displays multiple distinct identities or personalities known as alter egos,to provide an official defenition of Dissociative Identity Disorder. Here is what it says in DSM IV: 300.14_DISSOCIATIVE IDENTITY DISORDER(formaly MULTIPLE PERSONALITY DISORDER). Diagnostic_Features:_ the essential feature of "dissociative identity disorder" is the presence of two or more distinct identities or personality-states, *(CRITERIA_A), that recurrently take control of behaviour, *(CRITERIA_B). There's an inability to recall important personality information,the extent of which is too great to be explained by ordinary forgetfulness, *(CRITERIA_C). The disturbance is not due to direct physiological effects of a substance or a general medical condition, *(CRITERIA_D). In children,the symptoms cannot be attributed to imaginery friends or other fantasy play. DISSOCIATIVE IDENTITY DISORDER... reflects a failure to integrate various aspects of identity,memory, and consciousness. Each personality state may be experienced as if it has a distinct personal history,self-image, and identity including a separate name. Usuually there is a primary identity that carries the individuals given name and is passive,dependant and depressed. The alternate identities frequently have different names and characteristics that contrast with the primary identity. Individuals with this disorder experience frequent gaps in memory for personal history,both remote and recent. The amnesia is frequently assymetrical. The more passive identities tend to have more constricted memories,whereas the more hostile,controlling or "protector" identity have more complete memories. An identity that is not in control may nonetheless gain access to the sub-conscious by producing auditory or visual hallucenations. There may be loss of memory not only for reccurent periods of time. But also an overall loss of biographical memory of some extended period of childhood, and transitions among identities are often triggered by psychosocial stress. The time required to switch from one identity to another is usually a matter of seconds but less frequently may be gradual. The number of identities reported ranges from two to more than a hundred. Half of reported cases haven often included individuals with only ten or fewer identities.
Posted by 'TheWolfgangKiller!' Unknown at 1:00 PM No comments:

THE ALTERED EVILs of ALTER EGOs. (1)

In barren desert lands...in vast underworld cities from the darkest depths of innerspace tapes...unfolds an epic about Science&Art, advententures through Time in the minds convoluted sub-conscious bio-rhythmic continuum. A tale of good&EVIL, Myths&Magick,mics&raps and also LIFE&DEATH! Revealing its origins to be from another part of the galaxy of thought. These novel concept records by Sith Lord, Black Magician,Occult Spiritualist,Mystical Digital Syllable Scientist and cinematic storyteller_ HIS INFERNAL MAJESTY...SIR MAINLY HOPKINS(!). Featuring:_Dr. Jigsaw "The General Commander-in-Chief of the Militant Underground Resistance Federation Movement" and Digital Syllable Weapons and Explosives Expert... Plexxx.ONE(!)_"Leader of the Galactic Council of DEATH" accompanied by underground spacetravellers,the wondering monks... Charlie Skillz&George Looney(!)_probe the vestige of alternative ideas forming a complex intricate satelite cable NETwork of Kabbalistic concepts in a plethora of esoteric off-kilter tracks for Warlocks,Wiccans&Wizzards(!). A long rhyme ago in an ALIEN CITY far,far away, an evil empire long believed to be dead is lurking in the dungeons... ALIVE!!! Even Learned Elders of the Old Evolution are caught by surprise. Now the dark-side of the force threatens to overwhelm the MIC!!! -sirmainlyhopkins. Murderchannelmusik.blog.co.uk will soon be operational&gunnin... Tried uploading some NEW VIDS & a Playlist but the whole thing was sabotaged cause it took a million syllable years! The service provider short-circuited,the computer blew up and then...(?)...a POWER OUTAGE!!! But for more updates on what's on murderchannelmusik/ untitled humanoid recordings... Throw me some mail or Check out the streets!
Posted by 'TheWolfgangKiller!' Unknown at 9:00 AM No comments: 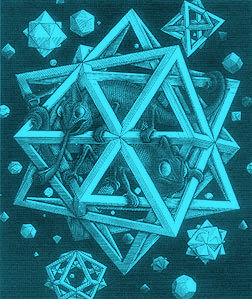 Posted by 'TheWolfgangKiller!' Unknown at 1:56 PM No comments: 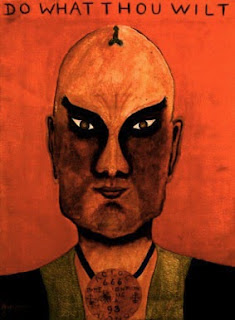 PART ONE:_"THE WICKEDEST MAN IN THE WORLD" - Aliester Crowley was a poet,painter,chess master,writer,lecher, drug addict,novelist and magician(which is what he's mostly known for). He called himself the 'THE BEAST:TRIPLE SIX' and proclaimed himself a saint of the gnostic church,becoming a 'god' in his own temple at the age 45. By which time he was already infamous in numerous countries,banned from some and forced to leave others. Born 1975,son of a wealthy merchant who rejected the hypocritical diversions of Victorian life, to dedicate himself to a carreer of... EVIL,SATANIK SPELLS,and Writing. He experimented with Heroine,Cocaine, Opium,Hashish and other drugs. Also earned a reputation for wild sex and drug orgies,which he combined with religious rites of his self instituted order. He also established the notorious abbey of...THELEMA&code: 'Do what thou wilt' on the island of Cefalu, Sicily in Italy:where he lived with a collection of mistresses and acolytes,practicing the sexual narcotic and occult experiments through which the 'great beast' sought spiritual enlighnment. PART TWO:_"BEAST OF THE APOCALYPSE" - The Wickedest man in the World...(!) was but one of the labels attached to *ALEISTER CROWLEY. He said that his mother first called him the Beast after the Bibles great beast(666) of Revelations. He embraced both these names,for him,EVIL was a religious pursuit. His quest throughout was Mind-altering 'Magick.' His ultimate methodology was SEX(!). Crowley was born into a sect in 1875,and spent his life rejecting it. His father was an austere christian whose theology Edward Alexander, Crowley hated. He renamed himself and replaced his parents saints with biblical villians. Crowley died of heart and lung problems??? He was a Heroine addict by then,but before his decline... few experiences of Mind,Spirit&Flesh eluded him. He climbed mountains,wrote poetry,painted,dipped in Eastern Religions and Oriental Mysticism and even more deeply into DRUGS(!). He lived the words that he had made his incarnation: "DO WHAT THOU WILT" The first sect Crowley joined was 'THE HERMETIC ORDER OF THE GOLDEN DAWN', -a secret society founded in England in 1888 to study the Occult. In 1911,Crowley joined another cult:_'THE ORDER TEMPLI ORIENTIS' or 'THE ORDER OF THE TEMPLARS OF THE EAST' founded in 1902,the basis of the O.T.O was a belief that SEX(!),is the key to mans nature and that... ??orgasm?? properly ritualized could be a supernatural experience (...ha,ha,ha!). Crowley agreed in 1912,to be Head of the Order in Great Britian. Bannished by the Golden Dawn, Crowley borrowed its rituals and in 1907,set up a splinter group:_'THE SILVER STAR' or 'ARGENTINUM ASTRUM'(A.A). It was on his travels 2years later with an early acolyte,a worshipful youth by the name of... VIKTOR NUEBURG, that SEX(!) could be a means to Magick (the event occured on a mountaintop in Morocco). In 1920,he took up residence in a rundown farmhouse in Cefalu,Sicily. Crowley called this A.A sanctuary the abbey of... THELEMA. In late 1922?(May,1923)? Crowley was then expelled by the Italian government from Silicy... PART_THREE:_"THE SCARLET WOMAN..." -Crowley had insatiable hunger for women and to their misfortune seemed to need him too,as well. He called each of his females a 'scarlet woman',after the biblical consort who coupled and copulated with THE GREAT BEAST...! The first was Rose Kelly,the sister of a distinguished english artist,Crowley married in 1903. For Rose the magic soon faded after their first child died of Typhus in 1906,during a trip through Asia. A second was born in 1907,but then according to Crowley, Rose was drinking at least a bottle of whiskey a day. They divorced in 1909 and 2years later... Rose entered an asylum(!). The same fate was met by his 2nd wife, a flamboyant Nicaraguan named... Maria de Miramar. At least one more mistress was institutionalized and others committed suicide or drank themselves to DEATH after parting ways with the Beast. The most resilient of Crowleys women was Leah Hirsig,a school teacher with their nanny Ninette Shumway,who took care of their daughter... Poupèe. The threesome did not work out well,Ninette fought Leah for Crowleys favour,Poupèe died and Leah miscarried (again!). Even then,she kept a grip on her sanity and the beast. Matching Crowley drug for drug,deed for perverse deed,ejected with him from Thelema. She shared Crowleys exile,tolerating his new mistresses,but only in 1930,did she renounce her role as... 'Scarlet Woman' and returned to America and teaching.(she died in 1951.)(!) -Bald and bloated the beast continued to attract scarlet women. On a London street in 1934, a 19year old girl rushed up to him and declared that she wanted to have his baby???(!). The Beast... Crowley took her to bed and she... too,later entered an asylum.(!). 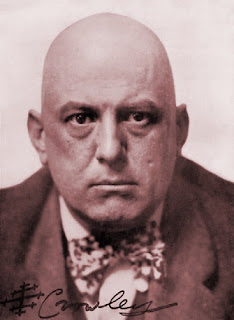 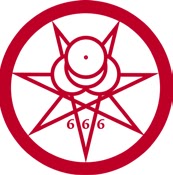 "DOCTRINE OF THE CONVERGENT TIMELINE PARADOX."

AN/FPS-35 Radar@Camp Hero State Park in Montauk NY on Long Island is a centerpiece of the Montauk Project conspiracy(?) for the the purpose of developing PSYCHOLOGIKAL WARFARE techhiques and exotic research including...TIME TRAVEL(!). The most common account describe it as an extension OR continuation of(?) "the PHILADELPHIA EXPERIMENT" alleged to have taken place in 1943. Aimed at rendering USS Eldridge invisible to radar detection(...with disasterous results!). Surviving researchers from the Experiment met again between '52-'53 with the aim of continuing their earlier research on manipulating the "ELECTRO-MAGNETIK SHIELDING" they wished to investigate the possible Military applications of "MAGNETIC FIELD MANIPULATION" as a means of PSYCHOLOGICAL WAREFARE. On or about August 12th 1983 the Time Travel Project at Camp Hero interlocked with the original... "PROJECT:RAINBOW"(?) back in 1943! The USS ELDRIDGE was trapped in HYPERSPACE(!)(?),and two of its survivors(AL Bielek&Duncan ???) both claim to have leaped from the deck while in Hyperspace and ended up after a period of disorientation at Camp Hero in year... 1983! Here they met John von Nueman who had supposedly worked on the original 'Philadelphia Experiment'- a famous physicist and mathematician who died back in 1957(!). A "portal in time" was then created which allowed researchers to travel anywhere in TIME or SPACE(!). This was developed into a stable 'Time Tunnel' -underground tunnels with abandoned cultural archives were explored on MARS using this technique... Contact was also made with alien(as in strange) EXTRATERRESTRIALS through the time-tunnel and advanced technology was exchanged with them which enhanced the project. This also allowed broader access into Hyperspace.(!). sirmainlyhopkins.
Posted by 'TheWolfgangKiller!' Unknown at 3:10 PM No comments: 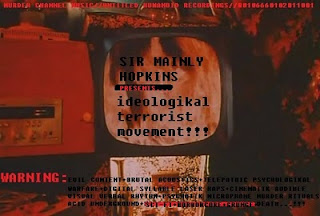 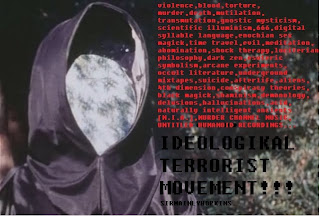 Posted by 'TheWolfgangKiller!' Unknown at 11:36 AM No comments:

Sir Mainly Hopkins. GNOSTIC CIRCLE CYPHER MANUSCRIPTS looks at creatively challenging perception, manufactured psuedo-intellectual conversations about things that don't exist. Digital syllable language technicians debaucherous lifestyle and bachanal satelite mic_fights(!). Experimental(glitch) drug induced private school kids and their purchased suburbanite accent... An unambiguous grammatically correct and non-poetic expression of...(?) An americanized universal sub-culture in a South Afrikan context. A DECONSTRUCTION of a network of malignant stereotypic ideas that have formed into a parasitic and misleading concept about the illusive nature of REALITY. Discussing...(?)/:_ Luciferian Occult Art in post-modern rhymes&getting high off the vintange smell of BOOKS(!).
Posted by 'TheWolfgangKiller!' Unknown at 4:01 AM No comments: