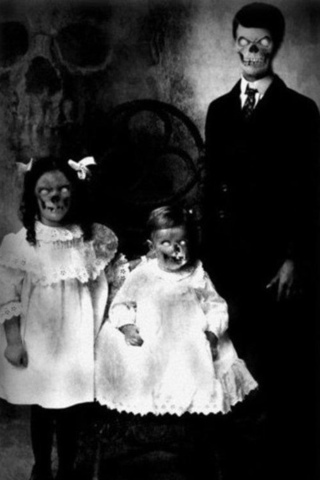 Posted by 'TheWolfgangKiller!' Unknown at 4:11 AM No comments:

..Page through the black Book of Forbidden Knowledge. 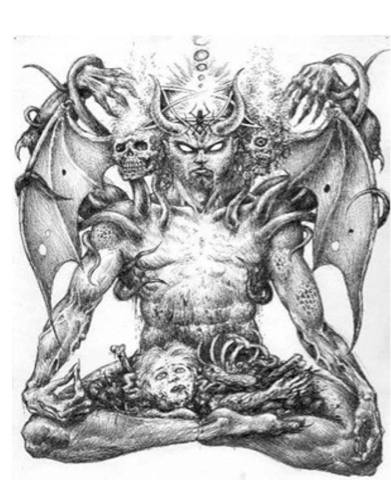 Posted by 'TheWolfgangKiller!' Unknown at 7:03 AM No comments: Posted by 'TheWolfgangKiller!' Unknown at 6:59 AM No comments: 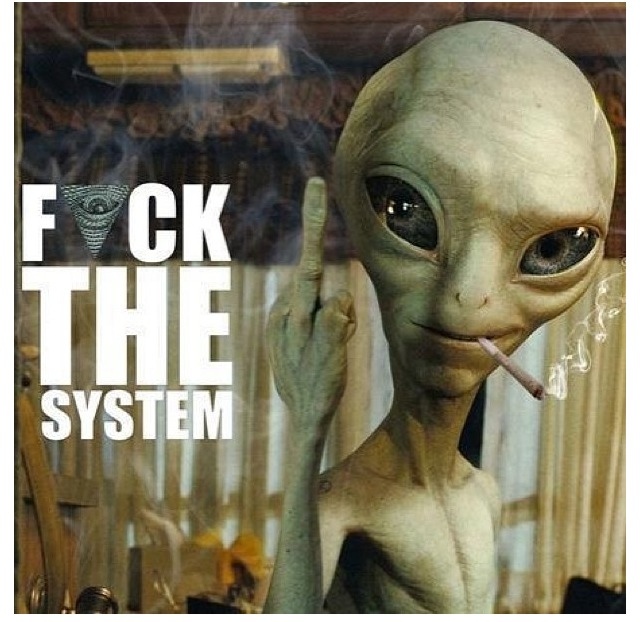 Posted by 'TheWolfgangKiller!' Unknown at 9:27 AM No comments:

Body of Light and astral travel-

Mystical milestones within the
A.A. System-

Crowley often wrote that every adept's path will be
unique. He also wrote that two major milestones
are fundamental to Thelemic mysticism, which he
called the knowledge of and conversation with
one's Holy Guardian Angel and the crossing of the Abyss. Crowley wrote, "the two crises—the Angel and the Abyss—are necessary features in every
career. The other tasks are not always accomplished in [any given order]".

Holy Guardian Angels,
Even though the Holy Guardian Angel,
(or HGA) is,
in a sense, the “higher self”, it is often experienced
as a separate being, independent from the adept.
In the system of the A.A. magical order, the single
most important goal is to consciously connect with
one’s HGA, a process termed “Knowledge and Conversation.” By doing so, the magician becomes
fully aware of his own True Will. For Crowley, this event was the single most important goal of any
adept:
“ It should never be forgotten for a single
moment that the central and essential work of
the Magician is the attainment of the
Knowledge and Conversation of the Holy
Guardian Angel. Once he has achieved this he
must of course be left entirely in the hands of that Angel, who can be invariably and
inevitably relied upon to lead him to the
further great step—crossing of the Abyss and
the attainment of the grade of Master of the Temple.”
In most of his writings, Crowley described the Holy
Guardian Angel as one's "Silent Self", at times
equitable with one's deepest unconscious. In later
writings, he insisted that the HGA is an entirely
separate and objective being. Whichever position is
taken, the object remains the same—to gain an intimate spiritual connection so that one's True Will
can become fully known and manifested. When
using the Tree of Life as a guide, this event occurs
in the Sphere of Tiphareth. Crowley wrote Liber Samekh [5] as an example of a ritual designed specifically for attaining the
Knowledge and Conversation with one’s HGA. In
his notes to this ritual, Crowley sums up the key to
success: “INVOKE OFTEN.” Another detailed description of the general operation is given in The Vision and the Voice, Aethyr 8. Crossing the Abyss:
(Thelema) After one attains Knowledge and Conversation
with the Holy Guardian Angel, the adept may
choose to then reach the next major milestone: the
crossing of the Abyss, the great gulf or void
between the phenomenal world of manifestation
and its noumenal source, that great spiritual wilderness which must be crossed by the adept to
attain mastery.
“ This doctrine is extremely difficult to explain;
but it corresponds more or less to the gap in
thought between the Real, which is ideal, and
the Unreal, which is actual. In the Abyss all things exist, indeed, at least in posse, but are without any possible meaning; for they lack
the substratum of spiritual Reality. They are appearances without Law. They are thus
Insane Delusions.”
Choronzon is the Dweller in the Abyss; he is there as the final obstruction. If he is met with the proper
preparation, then he is there to destroy the ego,
which allows the adept to move beyond the Abyss.
If unprepared, then the unfortunate traveller will be
utterly dispersed into annihilation. Both
Choronzon and the Abyss are discussed in Crowley's Confessions (ch. 66):
“ The name of the Dweller in the Abyss is
Choronzon, but he is not really an individual.
The Abyss is empty of being; it is filled with all
possible forms, each equally inane, each
therefore evil in the only true sense of the
word—that is, meaningless but malignant, in so far as it craves to become real. These forms
swirl senselessly into haphazard heaps like
dust devils, and each such chance
aggregation asserts itself to be an individual
and shrieks, "I am I!" though aware all the time
that its elements have no true bond; so that the slightest disturbance dissipates the
delusion just as a horseman, meeting a dust
devil, brings it in showers of sand to the earth.”
However, just on the other side of the Abyss awaits Babalon. She calls the adept to surrender completely, so that he or she may cross over. Babalon, the City of the Pyramids,
and the Night of Pan.

Babalon and Night of Pan~
Choronzon is the dweller within the Abyss, and his
purpose is to trap the traveller in a meaningless
world of illusion. However Babalon is just on the other side, beckoning (in the sphere of Binah on the Tree of Life).
If the adept gives himself to her—
the symbol of this act is the pouring of the adept’s
blood into her graal—he becomes impregnated in her (a state called "Babe of the Abyss"), then he is
reborn as a Master and a Saint that dwells in the
City of the Pyramids.
The City of the Pyramids is the home to those adepts that have crossed the great Abyss, having spilled all their blood in the Graal of Babalon.
They have destroyed their earthly ego-identities,becoming nothing more than piles of dust (i.e. the remaining aspects of their True Selves without the
self-sense of "I"). Within, they take on the name or title of Saint or Nemo (Latin for No-Man). In the system of A.'.A.'. they are called Masters of the Temple. It is a step along the path of spiritual
purification, and a spiritual resting place for those
who have successfully shed their attachments to
the mundane world. Of these adepts, it is written in The Vision and the Voice (Aethyr 14): The City exists under the Night of Pan, or N.O.X. The playful and lecherous Pan is the Greek god of nature, lust, and the masculine generative power. The Greek word Pan also translates as All, and so he is “a symbol of the Universal, a personification
of Nature; both Pangenetor, "all-begetter," and
Panphage, "all-devourer" (Sabazius, 1995).
Therefore, Pan is both the giver and the taker of
life, and his Night is that time of symbolic death
where the adept experiences unification with the All through the ecstatic destruction of the ego-self. In
a less poetic symbolic sense, this is the state where
one transcends all limitations and experiences
oneness with the universe.

Magus and Ipsissimus:
Only a few reach the final two stages, The
penultimate is the becoming of a Magus
(symbolized by entering Chokmah on the Tree of Life), whose essential duty is to communicate a
new Truth to mankind. Of the Magi, Crowley writes: The state of being a Magus is described in Crowley's Liber B vel Magi.
[8] Elsewhere, he admits the possibility of someone reaching this
rank without uttering a new magick Word. Such a
Magus, he says, would identify himself or herself
with the Word of the current Aeon and work to establish it. In Magick Without Tears, Crowley suggests (without actually saying so) that the
Secret Chiefs of the A∴A∴ have reached at least the rank of Magus, in some sense. [9] The state of Ipsissimus is the very highest possible
(symbolized by the sphere of Kether on the Tree of Life). Relatively little is openly written of this state
of enlightenment... 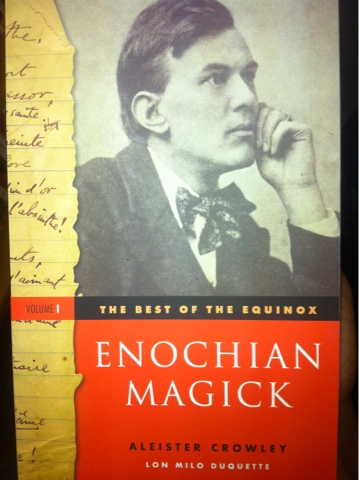 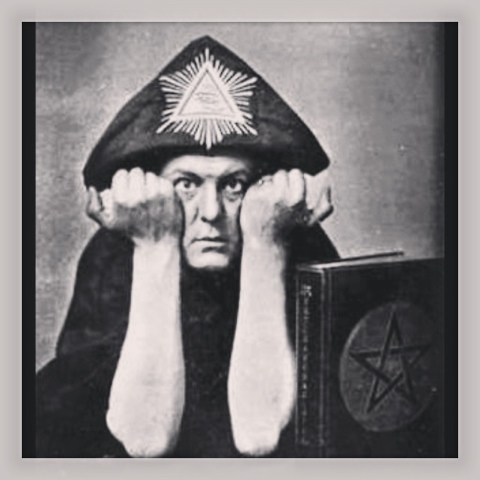 Posted by 'TheWolfgangKiller!' Unknown at 9:11 AM No comments:

The Greater Ritual of the Pentagram 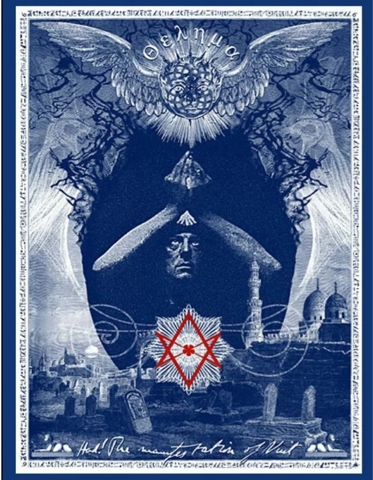 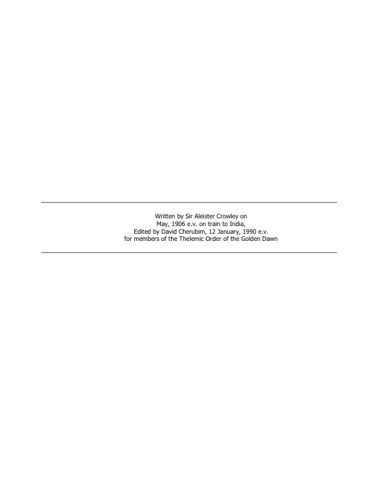 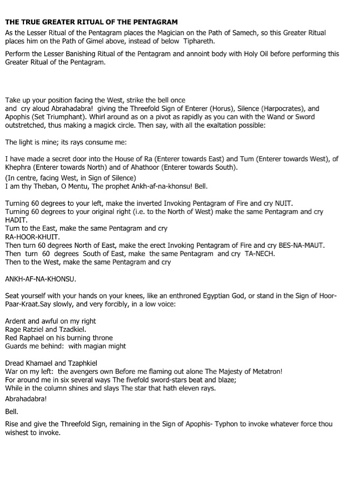 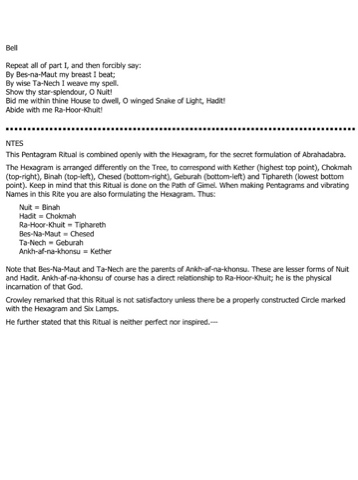 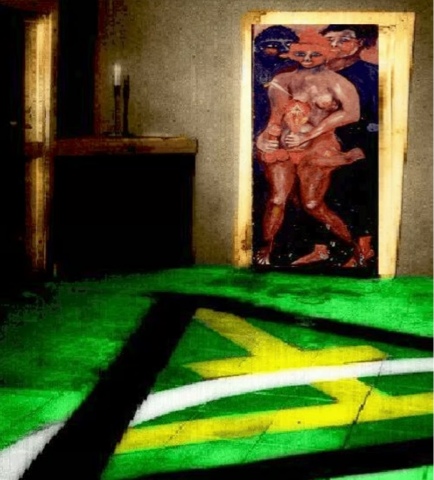 Posted by 'TheWolfgangKiller!' Unknown at 9:05 AM No comments: 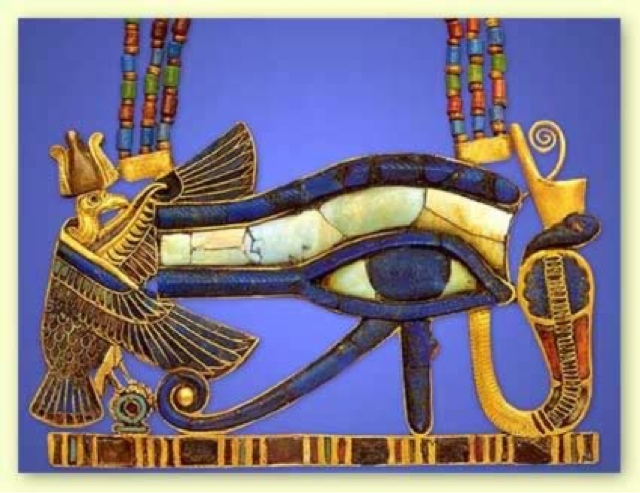 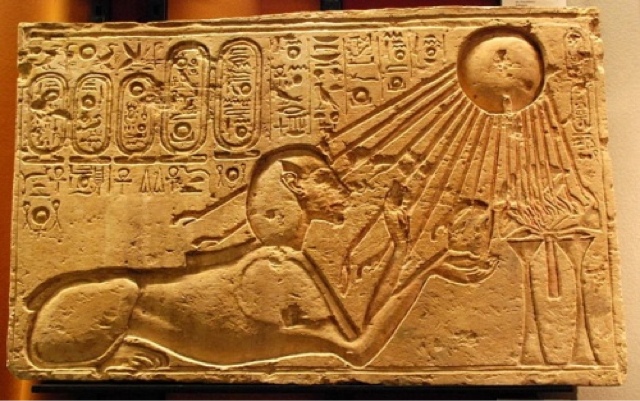 Posted by 'TheWolfgangKiller!' Unknown at 1:45 AM No comments: