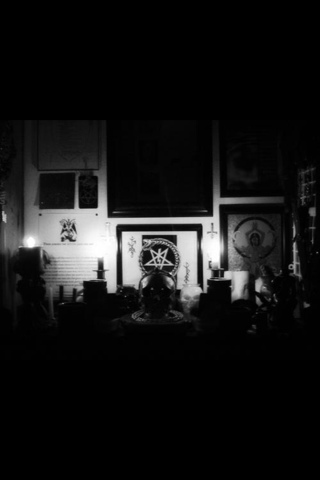 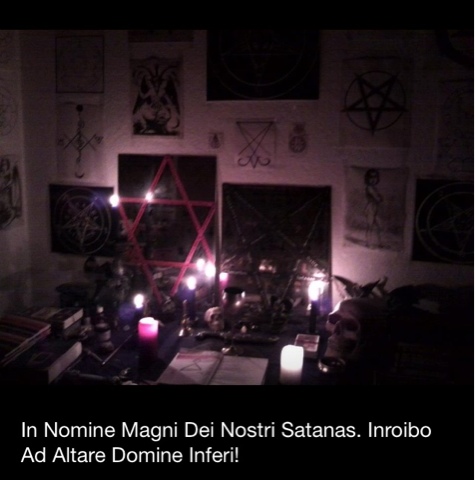 Posted by 'TheWolfgangKiller!' Unknown at 11:15 PM No comments: 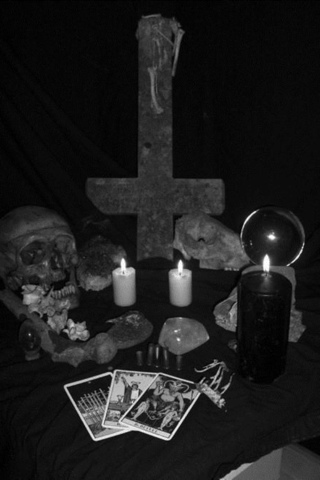 Posted by 'TheWolfgangKiller!' Unknown at 8:33 AM No comments: 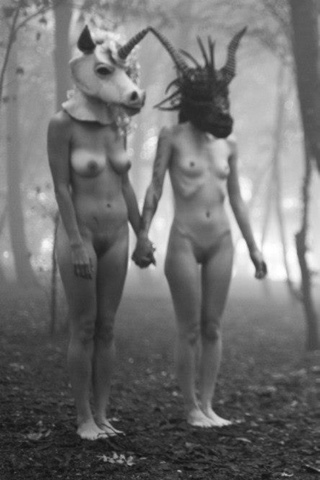 The Sumerians invented the first writing system, developing Sumerian cuneiform writing out of earlier proto-writing systems by about the 30th century BCE. The earliest literary texts appear from
about the 27th century BCE. The Sumerian language remained in official and literary use in the Akkadian and Babylonian empires, even after the spoken language
disappeared from the population; literacy was
widespread, and the Sumerian texts that students
copied heavily influenced later Babylonian literature. Sumerian literature has not been handed down to
us directly, rather it has been rediscovered through archaeology. Nevertheless, the Akkadians and Babylonians borrowed much from the Sumerian literary heritage, and spread these traditions
throughout the Middle East, influencing much of
the literature that followed in this region.

Mesopotamian history: Mesopotamian religion;
Primordial beings: Apsû & Tiamat · Lahmu & Lahamu · Anshar & Kishar · Mummu Seven gods who decree Four primary (Anu · Enlil · Ki · Enki) · Three sky (Ishtar · Sin · Sama)
The Anunnaki (also transcribed as: Anunna, Anunnaku, Ananaki and other variations) are a group of deities in ancient Mesopotamian cultures (i.e. Sumerian, Akkadian, Assyrian, and Babylonian). The name is variously written "da-nuna", "da-nuna- ke4-ne", or "da-nun-na", meaning something to the effect of "those of royal blood" or "princely offspring". Their relation to the group of gods known as the Igigi is unclear – at times the names are used synonymously but in the Atra-Hasis flood myth the Igigi are the sixth generation of the Gods who have to work for the Anunnaki, rebelling after 40 days and replaced by the creation of humans. Jeremy Black and Anthony Green offer a slightly different perspective on the Igigi and the Anunnaki, writing that "lgigu or Igigi is a term introduced in
the Old Babylonian Period as a name for the (ten)
"great gods". While it sometimes kept that sense in
later periods, from Middle Assyrian and Babylonian
times on it is generally used to refer to the gods of
heaven collectively, just as the term Anunnakku (Anuna) was later used to refer to the gods of the
underworld. In the Epic of Creation, it is said that there are 300 lgigu of heaven." The Anunnaki appear in the Babylonian creation myth, Enuma Elish. In the late version magnifying Marduk, after the creation of mankind, Marduk divides the Anunnaki and assigns them to
their proper stations, three hundred in heaven,
three hundred on the earth. In gratitude, the
Anunnaki, the "Great Gods", built Esagila, the
splendid: "They raised high the head of Esagila equaling Apsu. Having built a stage-tower as high as Apsu, they set up in it an abode for Marduk,
Enlil, Ea." Then they built their own shrines. The Annunaki are mentioned in The Epic of Gilgamesh when Utnapishtim tells the story of the flood. The seven judges of hell are called the
Annunaki, and they set the land aflame as the storm is approaching.According to later Assyrian and Babylonian myth, the Anunnaki were the children of Anu and Ki, brother and sister gods, themselves the children of Anshar and Kishar (Skypivot and Earthpivot, the Celestial poles), who in turn were the children of Lahamu and Lahmu ("the muddy ones"), names given to the gatekeepers of the Abzu temple at Eridu, the site at which the creation was thought to have occurred. Finally, Lahamu and Lahmu were
the children of Tiamat (Goddess of the Ocean) and Abzu (God of Fresh Water).
Posted by 'TheWolfgangKiller!' Unknown at 4:10 AM 3 comments: 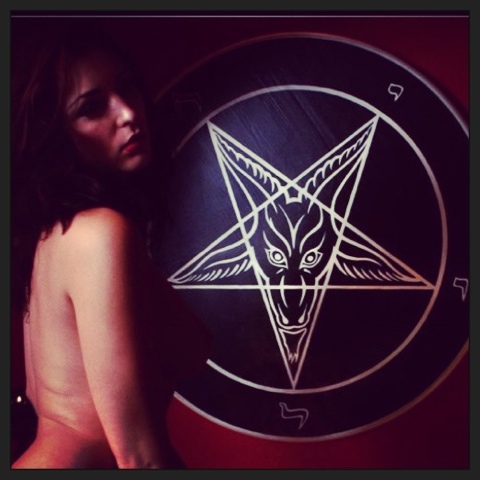 Luciferianism is a belief system that venerates the essential characteristics that are affixed to Lucifer.
The tradition, influenced by Gnosticism, usually reveres Lucifer not as the Devil, but as a liberator or guiding spirit or even the true god as opposed to Jehovah. In Anton LaVey's The Satanic Bible, Lucifer is acknowledged as one of the Four Crown Princes of Hell, particularly that of the East. Lord of the Air, Lucifer has been named "Bringer of Light, the Morning Star, Intellectualism, Enlightenment."
In the modern occultism of Madeline Montalban,Lucifer's identification as the Morning Star (Venus) equates him with Lumiel,
whom she regarded as the Archangel of Light, and
among Satanists he is seen as the "Torch of Baphomet" and Azazel. Author Michael W. Ford has written on Lucifer as a
"mask" of the Adversary, a motivator and
illuminating force of the mind and subconscious.

Some authors have sought to show that various
aspects of what have traditionally been considered
"occultism" are in fact scientific in precisely the
same manner that chemistry or physics is scientific.
Scientific disciplines generally contain two highly
synergistic and interactive elements: theories and practices. The theories are the ideas to explain the
subject matter and provide operational concepts
for conceiving and executing the practices. The
practices in turn are the arsenal of methods and
procedures that provide for the systematic study of
a given area, and the results of the practices usually feedback upon the theories leading to the
modification and refinement of the theories. When
a branch of knowledge has this overall form, it can
be considered "scientific" and that is the claim made for certain aspects of occultism. The aim is to synthesize or integrate scientific and occult
concepts and fuse them into something that may
be greater than either alone.

The occult (from the Latin word occultus "clandestine, hidden, secret") is "knowledge of the hidden". In common English usage, occult refers to "knowledge of the paranormal", as opposed to "knowledge of the measurable",usually referred to as science. The term is sometimes taken to mean knowledge that "is meant only for certain
people" or that "must be kept hidden", but for most
practicing occultists it is simply the study of a
deeper spiritual reality that extends beyond pure reason and the physical sciences. The terms esoteric and arcane have very similar meanings, and both terms are interchangeable. Posted by 'TheWolfgangKiller!' Unknown at 11:25 AM No comments: 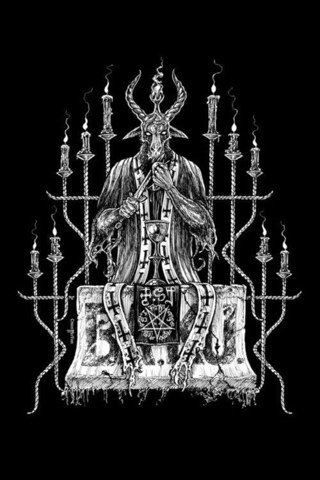 - The Devil is the name given to a supernatural entity, who, in most Western religions, is the central embodiment of evil. This entity is commonly referred to by a
variety of other names, including Satan, Asmodai, Beelzebub, Lucifer and/or Mephistopheles.
In classic demonology, however, each of these alternate names refers to a specific
supernatural entity, and there is significant disagreement as to whether any of these specific
entities is actually evil.
Devil - The original names. Originally, only the epithet of "the satan" or "the adversary" was
used to denote the character in the Hebrew deity's court that later became known as "the
Devil". The article was lost and this title became a proper name: Satan. There is no
unambiguous basis for the Devil in the Torah, the Prophets, or the Writings. Zechariah
3:1--"And he showed me Joshua the high priest standing before the angel of the Lord, and
ha-satan standing at his right hand to resist him."
Revelation 12:9: "This great dragon — the ancient serpent called the Devil, or
Satan, the one deceiving the whole world — was
thrown down to the earth with all his angels."
Gnostics In various Gnostic sects, the serpent of Eden was praised as the giver of knowledge, sometimes with
references to Lucifer, “the light-bringer,” being created by the goddess Sophia. The serpent is presented as an antinomian figure rebelling against the tyranny of the Archons; in the Nag Hammadi texts, he is even called "the Beast". However, this being is never explicitly referred to as Satan. Like their Cathar ideological descendants, they used the terms "devil" and "demon" to refer to the Judeo-
Christian God, whom they called Yaldabaoth.
When the Bible was translated into Vulgate Latin, the name Lucifer appeared as a translation of "Morning Star", or the planet Venus, in Isaiah 14:12. Isaiah 14:1-23 is a passage largely concerned with the plight of Babylon, and its king is referred to as "morning star, son of the
dawn". This is because the Babylonian king was
considered to be of godly status and of symbolic
divine parentage (Bel and Ishtar, associated with the planet Venus). While this information is
available to scholars today via translated Babylonian cuneiform text taken from clay tablets, it was not as readily available at the time of the Latin translation of the Bible. Thus, early Christian tradition interpreted the passage as a
reference to the moment Satan was thrown from Heaven. Lucifer became another name for Satan and has remained so due to Christian dogma and popular tradition. The Hebrew Bible word for the Devil, which was later translated to "Lucifer" in English, is הילל (transliterated HYLL). Though this word, Heilel, has come to be translated as "morning-star" from the Septuagint's translation
of the Scriptures, the letter ה in Hebrew often indicates singularity, much as the English "the,"
in which case the translation would be ה "the" ילל "yell," or "the wailing yell." Later, for unknown
reasons, Christian demonologists appeared to designate "Satan", "Lucifer", and "Beelzebub" as
different entities, each with a different rank in the
demonic hierarchy. One hypothesis is that this
might have been an attempt to establish a
demonic trinity with the same person, akin to the
Christian Trinity of Father, Son and the Holy Spirit, but most demonologists do not carry this view. There are some[who?] who erroneously claim that the word 'devil' is from 'd'evil' -'of evil.' Some also believe that because the word 'evil' itself is 'live' spelt backward, the word originated through the nature of evil being "against living things," or the antithesis of life itself. Both claims are false, as the words are etymologically derived from pre-existing languages. Evil is in fact descended from the Old English yfel (Kentish evel) meaning "bad, vicious," and descended from the Proto- Germanic *ubilaz, with the Old Saxon ubil and Gothic ubils as cognates. "Lived" is the adjective combining form of live itself descended from the O.E. lifian (Anglian) or libban (W.Saxon) meaning "to be alive," both forms being from P.Gmc. stem *libæ, itself from PIE base *leip- meaning "to remain, continue", cognates of live include the Old Norse lifa, Old Frisian libba and German leben all meaning "to live".

Posted by 'TheWolfgangKiller!' Unknown at 3:00 PM No comments:

Posted by 'TheWolfgangKiller!' Unknown at 2:21 PM No comments: